Why cash for Toyota cars? It’s simple when we pick your car, before that we check car models, relevant documents, condition for evaluation. These are very easy to get quotes over the phone by calling on our contact number.

We offer cash for :-

Toyota Parts That We Sell 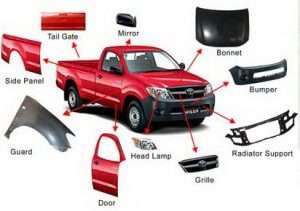 Locations:
Scrap vehicles can be sold very quickly in Brisbane

Find Our Wreckyard Locations at Tingalpa and Northgate

How to Sell Your Toyota Brisbane

Whenever plan to sell your vehicle in Brisbane Qld, there are some essential steps that you need to well known in terms of selling the second-hand car. There are several ways to deal with the buyers for any vehicles which are by classified ads, visiting direct to buyers place, involve middleman for deals, by browsing online.

There are several benefits and irritating as well. First of all, would like to explain the benefits- you can get a lot of buyers there, compare several quotes before selling. Second is irritating to get several calls from buyers and email and fixing the meeting schedule, more time-consuming task. However, no one will buy without seeing the vehicle. For that particular thing, you need to be there when somebody comes for inspection.

Use of Middle Man:

Most of the time, buyers will never get the right value if it deals with the middle man. They always try to sell with their high commission that gets cut of the real value of the car.

No Middle man, No Paper Ads, No Classified Ads, NO more time to wait; that’s why it’s instant cash for cars.

Its an online process of selling used cars anywhere in Australia and worldwide with the help of Google or related search engines. Compare the quotes from several websites or call