American Wreckers Brisbane is providing some tips on American automobiles wrecking industry which helps you to gain information about how you will get the highest cash for your American scraped vehicles.

It is always a disastrous situation to get stuck with a run-down, damaged or wrecked vehicle taking up additional space around on your property. This is the true experience, even the vehicle belongs to an immensely popular and quality brand like American automobiles. With a huge fan-base both for their muscle and classic vehicles, American manufacturers have earned high reputation. And even trust over the ages. As a result, they produce automobiles that offer remarkable durability, reliability, and dependability.

Stuck with an old and unused car is always daunting for every car owner. It only consumes unnecessary space in the garage and welcomes the unwanted pests and wild animals. A reality is that even the American vehicles known for their durability, reliability, and power are not spared from this. Prolong use of the vehicle makes many of its parts to wear off and get damaged even if it is an American model. But, one relaxing thing for the American vehicle owner is that its immense fan following and specialized features make many American wreckers in Brisbane to deal with it even after its disrepair condition.

Our company Brisbane Car Wreckers is one such popular one to deal with all types of American vehicles. Even the makes and models of the vehicles is not a factor to worry about when dealing with us. You will be amazed to hear that our company provides free removal service along with good cash which is more than your expectation. Our services are open to all American vehicle owners in the entire Brisbane and its suburb areas.

Once you are satisfied with our quotes and the final contract is signed, we promise to give you the cash amount. There is no need to wait for any cheque clearance or similar payment mediums. We will pay you the full amount of cash without any hidden charges.

One aspect that makes our company the top priority of people is the Free Car removal service. As we do not charge a single dime for the removal service, so our customers get the full amount. We will make sure that your vehicle is removed safely from your property without any damage. Car Wreckers Brisbane tow truck drivers are experienced ones and know how to remove the damaged American vehicles carefully.

We deal in all models of American vehicles. So, what are you waiting for? Just pick up your phone and give us a call today.

The automobile brand Jeep is always known for its durability and power. It is one of the most popular American vehicle brands in Brisbane. But, a Jeep vehicle damaged by accident, flood, prolonged use, or any other factor will take unnecessary space in your garage and do nothing more than that. So, the best option is to get rid of it as soon as possible. Our company Queensland Car Wreckers deals in all models of Jeep like Jeep Patriot, Renegade, Compass, Wrangler, and Cherokee.

We promise to pay you the best possible price of your American vehicle. Feel free to compare our prices with others if you have any doubt.

Want to get rid of your age-old Dodge vehicle? Have you come up with any reliable American wreckers in Brisbane for such works? Well, now there is no need to worry about you anymore. We, the QLD Car Wreckers have started dealing in the famous American automobile brand Dodge. You can sell us any model of this particular brand and earn a cash amount up to $8999.

Past Models with Years

Our company has many expert American wreckers. You can contact them with our office phone number 07 3338 8937 or email us at info@qldcarwreckers.com.au. All your queries related to the American vehicles and our services are promised to be solved by our professionals. Don’t just leave your vehicle for rotting when you can earn good cash. Be wise and call us today for a free quote! 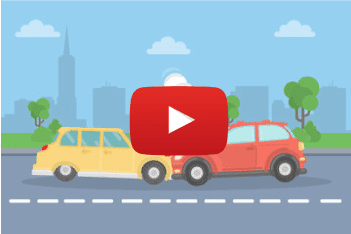